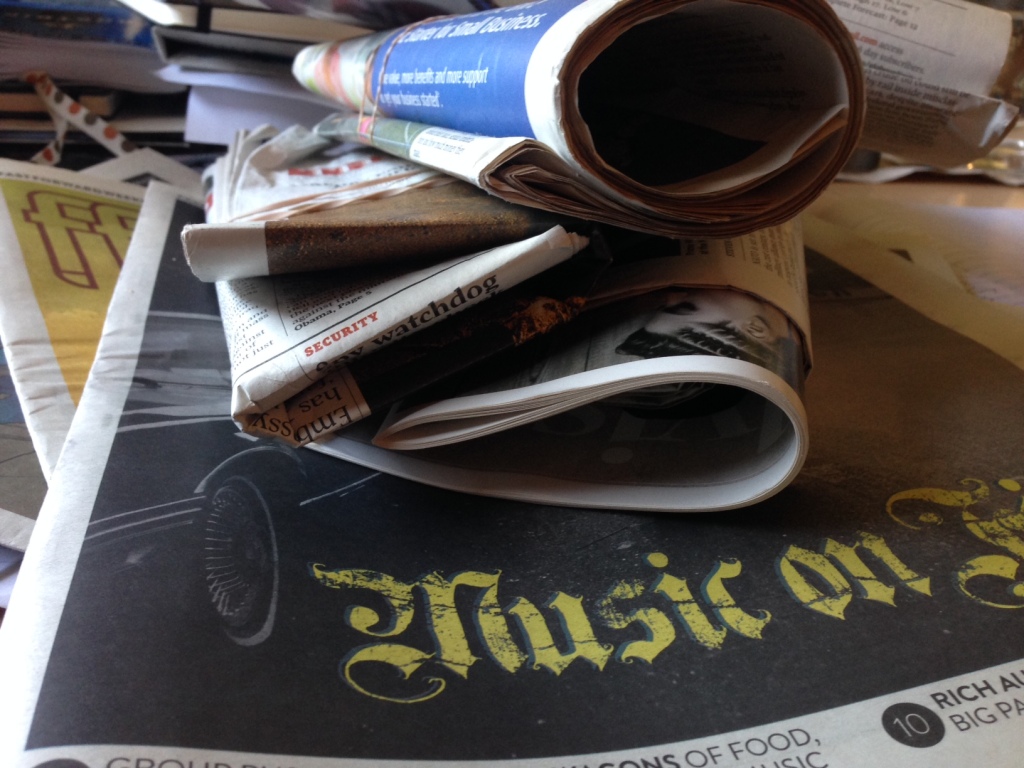 This morning, the face of Canada’s newspaper industry changed, and it’s not for the best. Postmedia, owner of daily papers across the country and the National Post, announced it is buying Quebecor’s English-language papers, all 175 of them, including the Sun papers, for $316 million.

It’s no surprise to anyone at this point that the industry is struggling. Declining ad revenues, competition from the web, and on and on. We’ve all heard the issues and the challenges and we’ve all witnessed the painfully slow acceptance of a new order and the cut-and-slash response that has done nothing to improve matters.

What we haven’t seen until this morning is the wholesale consolidation of newspaper ownership across the country — depending, of course, on a ruling from the Competition Bureau.

That sounds like hyperbole, and it sort of is. There are still other players across the country, but not many. The Globe and Mail is still alive as Canada’s national paper and the Toronto Star still does great work out east as it struggles with restructuring. Metro is active in several markets, including Calgary, but hardly fills the void left by large dailies.

There are also countless community papers, though they are often owned by chains, and Postmedia now owns a dizzying amount of them. This paper, Fast Forward Weekly, is owned by Great West Newspapers, which owns 24 publications throughout Alberta, including us. Great West will now be facing off against Postmedia papers in small markets across the province if this deal goes through.

We also shouldn’t forget about our independent alt-weekly brethren like The Georgia Straight, The Coast, NOW and Vue.

But the announcement today that Postmedia is gobbling up the a chunk of the Quebecor empire and effectively creating a daily paper monopoly in almost every major English-speaking centre in Canada is troubling (Quebecor, which owns the Sun brand, is keeping its Quebec properties).

We now have a situation where the pretense of diversity — Postmedia says it intends to keep two papers running in markets where it was competing with the Sun, including the Calgary Herald and the Calgary Sun — passes for a strong print media sector. There is one owner and one ultimate arbiter of what gets said and how it gets said governing almost all the major papers across the country, but pretending like there’s an option.

So why would they do that? Well, it allows them to control the market in a way they couldn’t with only one publication. By creating the illusion of choice and dominating the market with two papers, it creates an even larger barrier for any competitor entering the market than if you just had one. Of course, it would be crazy to open a new paper in today’s day and age, right? Not necessarily. But with Postmedia holding a monopoly it sure is.

It also allows them to sell into all the daily print publications, offering choice to their advertisers that doesn’t really exist for their readers.

Also troubling in all of this is the fact that a company that struggles to balance the books is using some financial wizardry (offering $140 million of new debt to an existing creditor, for example) to fork over $316 million for the Quebecor properties.

This comes at a time when newsrooms have been decimated and there are apparently no new hires on the horizon for places like the Herald. There’s no money, after all. A once mighty newsroom has been reduced to a fraction of the size, morale is low and now the company is essentially saying it would rather consolidate the media landscape than invest in the people that are required to commit good journalism.

It’s a hollow empire, one built on the backs of journalists expected to do more with less in hulking buildings now mostly empty or rented out to others all in the name of budgets and bottom lines. The purpose of the papers in the chain and the people who work for them long since discarded in a race to the bottom that is disastrous for the state of our national dialogue and our democracy.

To really invest in a paper, Postmedia should be putting more attention to creating work that people scramble to read. The announcement today is a repudiation of that strategy and stands  in stark contrast with a recent column from the New York Times’ David Carr, writing about the rebirth of the Washington Post after it was sold to Jeff Bezos, thanks mostly to investments in good journalists and good journalism.

It’s too bad that in this country, the majority of our news will now come from an organization whose actions are dictated by shareholders and debtors and which shows no interest in saving its business by investing in its actual business — journalism.

Click here a full list of what Postmedia will own, depending on a review from the Competition Bureau.

Click here for a statement from the Commissioner of Competition.