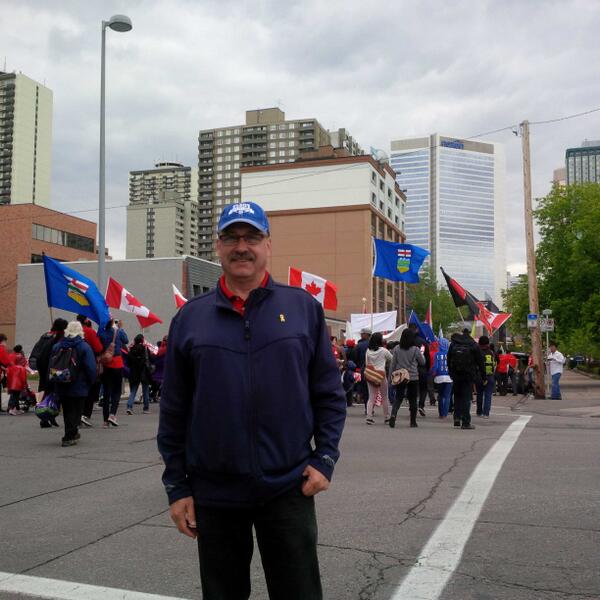 When the Peace Bridge opened in March of 2012, crowds gathered to celebrate. Politicians and citizens all swarmed both ends of the controversial bridge, eager to be amongst the first to cross. Just prior to cutting the ribbon, there was a blessing by a First Nations elder — recognition that Calgary sits on traditional Blackfoot territory.

I was at the opening, perched on the rocks at the south entrance to the bridge where the dignitaries had gathered. Unfortunately, I was also perched beside Artur Pawlowski, known to many as the man behind Calgary’s Street Church.

As the blessing started, Pawlowski began to loudly mock and condemn the Siksika elder. I called him out on his lack of respect. For those who’ve had any experience with the man and the fervent believers from his church, it will come as no surprise that he did not relent. This is a man blinded by a religious ideology steeped in intolerance and intransigence. He said that First Nations were the interlopers in this land, and so was their heathen religion. He told me to learn my history.

What makes this story relevant is the recent controversy over Progressive Conservative leadership candidate Ric McIver’s participation in the Street Church’s March for Jesus on Sunday, June 15. Many have called out McIver for supporting this group, focusing on its rabid homophobia. The Street Church claims, among other things, that gays and lesbians are agents of Satan who participate in perversion.

These are extreme people. They villify anything that does not match their outdated, and often strange, points of view. They shun First Nations beliefs, they shun homosexuality, they shun everything that does not pigeonhole into a narrow vision of the world. There is no sense in engaging with them, and there’s no redemption for a politician who supports them.

The questions around McIver’s support of their activities is indeed troubling. Why would he participate in this event? (His excuse that he was celebrating his Catholic beliefs rings hollow.) What are his views on human rights in Alberta? Does he believe that LGBTQ rights should be curtailed based on the extreme religious views of groups like the Street Church? This is not a group we want our leaders to be involved with, if even just by association.

Just days prior to McIver’s participation in the March for Jesus, he stressed his strong support for a controversial section of Alberta’s Human Rights Act which allows parents to pull their children from classes where topics, including homosexuality, will be discussed. “We defend parents’ rights to make a decision about the moral ground and education that they raise their children with. To me, that’s what is in the legislation now,” he told the Calgary Herald the following day.

McIver posted a defence of his participation in the March for Jesus to his Facebook page, which claimed that he supports diversity. Apparently, this includes those who would discriminate against others. Without a hint of irony, McIver says he will “continue to attend events celebrating the diversity of Alberta.”

Much of what he says in his defence reeks of the abandoned and much-maligned Wildrose policy supporting so-called conscience rights, which essentially says that people should have the right to discriminate against others based on their religious convictions. That policy was largely responsible for the defeat of the Wildrose in the last provincial election and was eventually disowned by the party. Albertans rightly rejected a government-in-waiting that would discriminate under the guise of inclusion and tolerance. If that’s what McIver stands for, then PC voters should do the same with him.