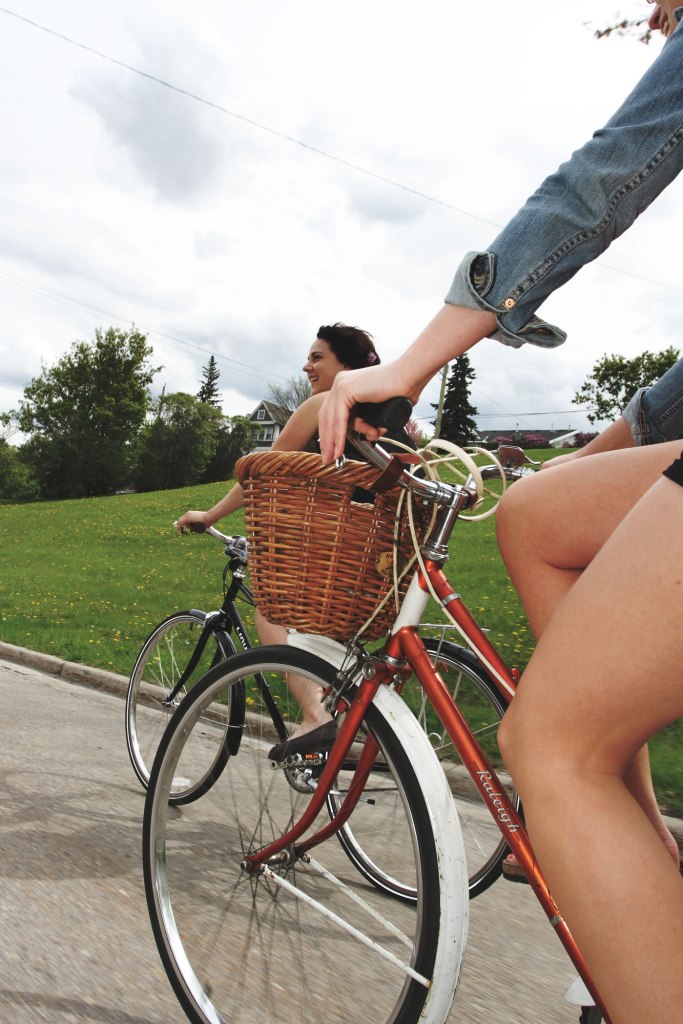 Calgary is the poster child for the poetic notion that things end not with a bang but a whisper. It’s the lead up to that silent, accepting conclusion that causes all the problems. Need proof? Look at the Peace Bridge, or the bike lanes on 10th Street N.W. Infrastructure changes don’t come easy to Calgary, but once they’re complete, so too are the complaints. Usually.

There are more changes to come.

After adopting the cycling strategy in 2011, the city is moving forward in its goal to make Calgary more amenable to two-wheeled transportation. Three staff have been hired — a planner, an engineer and an education co-ordinator — and new lanes have been set down, including the controversial separated bikes lanes opening soon on Seventh Street downtown — the first separated lanes in Calgary. The strategy covers everything from a public bike rental system, to showers and lockers at businesses, to paint and concrete on city streets.

Tom Thivener, the city cycling co-ordinator who’s responsible for overseeing the implementation of the strategy, says he’s pleased with the progress made so far despite the challenges associated with each project.

“Right now we don’t have a whole lot of Calgarians out bicycling — I mean, we do, we have thousands of cyclists, but it’s still a small proportion of the overall traffic situation,” he says. “As that increases, as we build more facilities and more people come out, it certainly will make it a lot easier to get these projects out.”

The project that has caused headaches for the city and for Thivener recently is the Seventh Street cycle track, a dual lane separated bikeway that leads from the Peace Bridge into downtown. Business owners have expressed concerns over access, some people complain that such a relatively small piece of cycling infrastructure costs around $1 million, while others see the lanes as unnecessary when busier and more dangerous routes need infrastructure.

“There’s some well-defined rules as to where you put physically separated, where you put a line, or where you put nothing,” says Gary Beaton, president of the Tour de Nuit cycling advocacy organization and no stranger to doling out harsh criticism. “And obviously, one of the roads where you do nothing is Seventh Street, where we’re blowing a million bucks on a useless bike lane.”

Beaton, who says the cycling strategy is merely a document “meant to pacify loudmouth cyclists,” would rather see the city investing in busier traffic routes along main arterial roads, including Macleod Trail, to better accommodate commuters and get more people on bikes. He laments the fact that the city passed over the opportunity to include bike lanes on Elbow Drive when it was recently redeveloped, and his group has been pressing for separated lanes on Fifth and Sixth Avenues in the downtown core for years.

On the other side of the debate in Calgary’s cycling community is Bike Calgary, another advocacy organization that is in frequent communication with the city. Kimberley Nelson, a board member with Bike Calgary, says her group is “definitely happy” with the progress in cycling in Calgary although they’d like to see things happen a bit faster — highlighting the fact that the Seventh Street lanes took almost two years to build.

“They look great, I’m really excited about them,” she says. “They open the first week of July, they’re on time and they’re on budget, so we’re excited about them, but there currently are no connections at the moment. They’re coming, but they probably won’t get done for another year and a half or two years because they’ll follow that same engagement process.”

According to Nelson, the city is looking at several options for those elusive east-west connectors downtown, including the Fifth and Sixth Avenue lanes that Beaton is so focused on. Thivener highlights the fact that the 10th Avenue South lanes aren’t working and that the city is looking at options south of the tracks as well. Nelson, however, is right to be worried about the length of the engagement process.

“The cycle track network is big news and a lot is going to be happening over the next few months,” says Thivener. “Lots of engagement.”

Leah Gardner, a commuter cyclist who works at The Bow building downtown, is excited for the coming changes, but like most she’s impatient. “I’m under the impression that we should just bike lane the whole thing overnight and let everyone cry for a couple of weeks and then get over it,” she says.

She, along with Nelson, point to the quickly subdued controversy over the Peace Bridge as an example of Calgarians needing to see the finished product in order to accept it. “Car2Go it,” says Gardner. “One day they weren’t here, the next day they were all here. It’s not like people are going to move, it’s not like people are going to leave the city if there are separated bike lanes.”

“Calgary is a show-me city,” says Nelson, adding that “once you give people the proper infrastructure and give them a way to utilize it properly and effectively, I think you’re going to reduce that animosity.

It’s easy to see why people are frustrated. Calgary has long been a dead zone when it comes to cycling infrastructure, lagging far behind Canadian cities like Montreal, Vancouver and Toronto. Although there has been some positive progress, including the lanes on 10th Street N.W., there have been some failures, like the “floating lane” that’s only open during rush hour on 10th Avenue South, which even Thivener admits doesn’t work.

Although the change is likely to be slow for the foreseeable future, there is hope in terms of results.

“We have 17 projects going on so there’s lot of things in motion,” says Thivener. “A lot of it is clean-up work, honestly, from last year’s projects. Trying to make sure the projects are installed right and make sure if we’re putting down a bike lane that it’s a common-sense bike lane and not get too tricky with it. Have it be straightforward so that bicyclists can just pull up and understand what it is and how it should operate. Same from the motorist’s point of view.”

With so many pokers in the fire, the pressure is on for Thivener and the city. Outstanding issues include bike racks on city transit, co-ordination with parks on pathways connections, implementation of new lanes and, according to Beaton, a cultural shift in the city’s transportation department.

Others are more optimistic. Nelson points out how much things have improved over two short years. “It’s amazing,” she says. “The level of engagement we have with the city, the fact that they’re inviting us to the open houses and actually actively seeking out our participation is just so much better than what it used to be.

“Even just two years ago when the 10th Street lanes went in and it was like, ‘surprise!’ That’s not happening anymore and that’s just leaps and bounds already ahead of what we used to do.”

Do you want to get involved in cycling on a community level? Bike Calgary is looking for neighbourhood representatives to gather information on cycling issues and pass them along to the organization’s representative in each ward. It’s part of a strategy to cover issues in every corner of the city and relay those to bureaucrats and politicians. If you want to get involved, contact Bike Calgary at connect@bikecalgary.org .