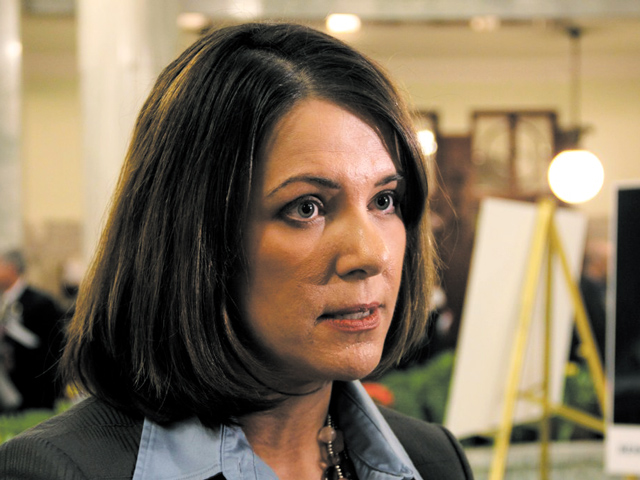 I would be willing to bet there are a lot of you reading that and nodding your head in agreement. Yes, you think, that could be great. It might even mean that one day I’ll be able to buy a house, or afford my rent.

If you don’t have crushing debt levels that would be affected by higher interest rates, you might have a point. I feel that way. I’m excited by the prospect of an economy in distress, and that’s problematic.

We have ended up in a situation, in this city more than any other jurisdiction in Canada, where too many are being suffocated by a system geared towards rewarding the already successful. It’s been said many times, and it bears repeating, that it is difficult to thrive in this town if you don’t have the “right” kind of job. That not only breeds resentment, it also sets things up so that people like me, and probably people like you, cheer for a downfall that will bring many down with it.

Not only are we suffering from a bigger wealth gap in this city and in this province than other areas of Canada (and of the U.S. as a whole), we are mercilessly tied to the type of oil and gas commodity swings that recently wiped out $7 billion from provincial coffers virtually overnight, or that bring incredible wealth to a few, while driving up costs for the many.

And so some of us cheer when we see bitumen drop from $100 per barrel to $40. We envision foreclosed houses in inner-city communities that we could actually get our hands on. But of course it’s nothing to be happy about.

We (and I use that term to mean those of us without bursting bank accounts) are just as desperately tied to the swings of the market and the price of oil as the next guy. Sure, the effects of a major disruption will hit those in the downtown towers harder and faster, and may even open up some opportunities, but if that market trauma lasts for too long, it brings almost everybody down with it.

Here we’ve gotten to the meat of the matter. We are hopelessly unable to untether ourselves from the almighty market and its total indifference to our lives and our circumstances. We have a provincial government that is unwilling to even consider how to alleviate the nauseating swings by bringing in corrections like a provincial sales tax, or a progressive income tax, or a living wage policy, or increased corporate taxes, or increased royalties, or real environmental regulations, or a carbon tax, or reliable money transfers to municipalities for things like affordable housing and increased transit.

We have a city council that can’t even pass basic measures to allow for more secondary suites in a city that is years into a housing crisis, not to mention some form of rent control to alleviate gouging by some landlords.

What we get instead of all of these things is a circling of the conservative wagons in Alberta in order to impose austerity measures that will undoubtedly wreak havoc on the lives of the poor while barely touching those in the higher wage brackets. Already the unions are fighting back the first wave of attacks and there are certain to be more. On a city level, we have at least one councillor who would rather fine distracted pedestrians than consider affordable housing measures (no, seriously, you can’t make this up).

It all points to a sick system, and profoundly blinded provincial and federal governments and civic politicians. It’s a system where my automatic reaction to a downturn is to cheer the negative consequences for others in the hopes that I can get a share of the pie, even if I might be hurt as well. It’s a system where those who win, continue to win, without looking after others who fall through the cracks. It’s a system where we destroy in order to accumulate without regard to the future or any semblance of dependability and consistency.

The only hope is that during the coming financial storm, our governments remember the mistakes of the past and the continuing social deficit left over from Ralph Klein’s destructive reign, and realize that in order to build a province, you can’t keep hacking at the legs of the majority of its citizens.